On August 18, 1920, Harry T. Burns, Tennessee state congressman cast his ballot in support of the Nineteenth Amendment to the United States Constitution. He did so on the instructions of his Mother. With that vote 36 states had ratified the Nineteenth Amendment, the required three-fourths of the 48 states for passage.  On August 26, 1920, the Amendment was certified by Secretary of State Bainbridge Colby, Tennessee.

In celebration of the one hundredth anniversary of passage of the Nineteenth Amendment which gave women the right to vote  Miami Valley Art Quilt Network is presenting exhibitions of art quilts. These varied quilts highlight the women and men who fought for this Amendment, how they worked for its passage, and the amendment itself along with the timeline of ratification.

In addition, there is a series of 12” square quilts illustrating Mother Goose as a Suffragette, published in 1912 by the New York State Woman Suffrage Party.  These are displayed along with the nursery rhyme.

A Women’s Suffrage Timeline
Trailblazers – A Timeline by Peggy Matley

Honorable Simeon D. Fess
A Bouquet for a Suffragist by Chris Zurbuchen

Gertrude Weil
Suffrage in a Southern Parlor by Shannon Naik

Victoria Clafin Woodhull
Equal Rights for All by Janet Lasley

Suffragette Music
When Helen Casts Her Ballot by Helen Willis 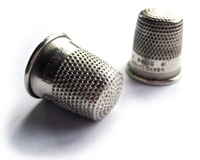